In this series of posts, I would like to create an artificial neural network from scratch. In this post, I would like to give an introduction to human neuron and a comparison to ANN. Using a single-layered perceptron model, I will try to solve a linearly separable problem.

Artificial neural networks are the backbone of artificial intelligence and deep learning. They are versatile and scalable, making them ideal for tackling complex tasks like image classification, speech recognition, recommendation systems and natural language processing.

We are trying to imitate the functioning of the brain. Although we don't exactly know what exactly happens in the brain, we have a basic understanding. We are trying to approximate it using mathematical functions.
The human brain has billions of neurons. In humans, neurons are a network of 100 million neurons and 60 trillion connections. If each neuron is approximated to a computing unit, this cannot be replicated currently by computers.

What happens in a neuron?¶

When a neuron receives signals from different dendrites, the signals are cumulated. In a simplified understanding, if this cumulated signal is greater than a certain value, it passes these signals to the next neuron. Neuron, when it communicates with neighbouring neurons, it uses electrochemical reactions which are approximated to a mathematical function called the activation function.

In humans, neurons have computing powers as well as cognition powers. Also, the human brain neural network is plastic, that means, some neurons die, new neurons are created, the synapses change, etc.

How do we approximate it to an ANN¶ 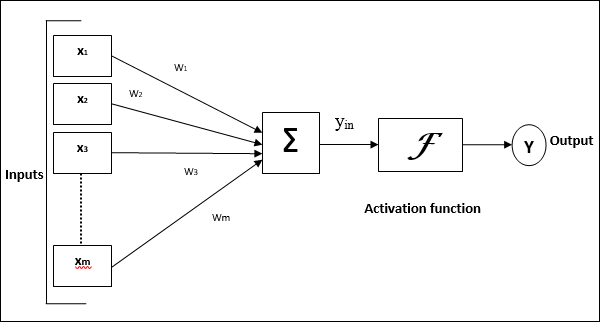 Activation function: In biological systems, the neurons transmit signals after it reaches some threshold potential. The below figure shows how the neuron transmits the signal only after the signal is greater than the threshold potential. In ANN, this is mathematically represented using an activation function. Please see this link for understanding: Action potential propagation

The perceptron is the simplest ANN architecture. A perceptron contains a single layer of TLU(Threshold Logical Units). The input and outputs are numbers, and each of the input has a weight. A weighted sum of the inputs is computed (z), and then an activation function is applied to get the result (y).
$$ z = w_1 \times x_1 + w_2 \times x_2 ... w_n \times x_n $$ In the current example, the step function is the activation function. If the data is mutually separable, a step function is sufficient for classification problems.

Also, ANN's are models from where simple business understandable rules cannot be generated, which creates a reluctance for its widespread use when other explainable models can be used.

A perceptron model has four steps:

Even with such a simple model, we can train the model to perform logical computations like and-gate. The input and output for an and-gate are as follows:

A single layer single TLU is taken to solve this problem. 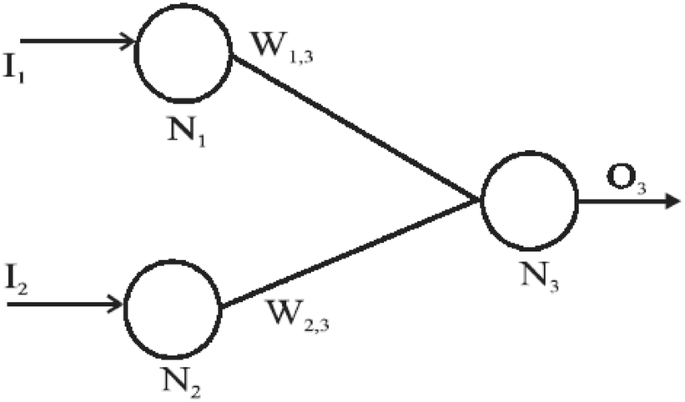 The activation function is the step function which is described above.

For the above weights, The output for the four scenarios is:

One such iteration is called an epoch. For the optimal neural network, we should run different epochs until the errors (also called as the cost function) is zero. As this is a linearly separable case, the stopping criterion is that the error is zero.

In the second blog, I would be discussing using ANN for the titanic problem and comparing with logistic regression. Back propagation will be explained.